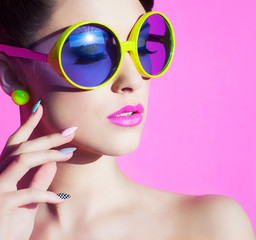 Scientists have found that sunscreen from bathers releases significant quantities of polluting TiO2 (titanium dioxide) into the sea. This has the potential to harm marine life. This work, which comes from research on beaches in the South of France, was presented at the Goldschmidt geochemistry conference in Boston .

TiO2 could be toxic to fish and aquativ organisms

TiO2 is one of the main ingredients of sunscreen, where it acts as a protective against harmful UV rays: most major regulatory bodies consider it generally safe for human use at the concentrations used in sunscreens (See review article at: https://www.ncbi.nlm.nih.gov/pmc/articles/PMC3423755/), however, concentrated TiO2 or long term exposure could be toxic to a variety of fish and other aquatic organisms

The researchers have found that in water, the nanoparticles tend to lose their protective coating under the influence of UV light or seawater composition, which exposes the more toxic TiO2 to the aquatic environment.

68 kg of sun screen deposited in the sea per day

They measured TiO2 concentrations in three beaches near Marseille in France, as well as surveying bathers about how much they used sunscreen, and how often they used the water. The team found daily concentrations of 15 to 45 μg/L of TiO2, which corresponds to several kg of nanoparticles per summer season per beach.

Titanium dioxide pollution needs to be dealt with by the manufacturer

Lead Researcher, Dr Jérôme Labille (Labex Serenade / Aix-Marseille Université / CNRS, Aix en Provence, France) said: “For example, with one small beach which held around 3000 people daily, we calculate that around 68kg of cream could be deposited per day, or 2.2 tons over the height of summer. If we consider reasonably that half of the creams used contain 5% of titanium dioxide, this gives 1.7 kg of titanium dioxide released per day: That comes to around 54kg in the two months of high summer, which is a significant amount. Of course, the sea is more or less continually in motion, so some of the titanium dioxide pollution will be dispersed. Nevertheless, we anticipate an accumulation of titanium dioxide in the seashore littoral, which could affect the wildlife there. In recreation areas with stagnant water, such as in lakes or seawater swimming pools, then there will be no such dispersion and the accumulation would be expected to be even more pronounced.

It is important to keep this in perspective; titanium dioxide is a pollutant, and we need to take measures to try to reduce the quantities of TiO2 which are concentrated in the aquatic environment, where it can be harmful to fish and other organisms. Nevertheless, it is extremely important that sunbathers continue to use sunscreen for skin protection, the titanium dioxide pollution needs to be dealt with by the manufacturers and possibly legislation, and we’ve had good feedback from the manufacturers we are working with”.

The researchers note that in early July of this year***, Hawaii banned certain sunscreens which were found to be harming coral reefs (this was not due to titanium dioxide)- Dr Labille continued, “The good news is that we are working on nanoparticle UV filters and sunscreen formulations which will reduce the potential damage from titanium dioxide. We’re looking at developing sunscreens which are “safe by design” in which the release and toxicity of nanoparticles will be minimized, so we anticipate that a solution to this problem isn’t too far away”.

Commenting, Dr. Thilo Hofmann from the University of Vienna said: “This work is of special interest, since it shows for the first time how nanoparticles from cosmetics may influence the aquatic environment. Earlier work from our group has shown this for lakes and rivers, but this is the first study for the marine environment”. (This is an independent comment; Dr Hofmann was not involved in this work. Dr Hofmann Chaired the session in which this work was presented.)

This work was funded by Labex Serenade and OHM Littoral Méditerranéen.

This work was presented as part of the Natural and Engineered Nanoparticles: Analysis, Processes and Relevance in the Environment session on Wednesday 15th August 2018