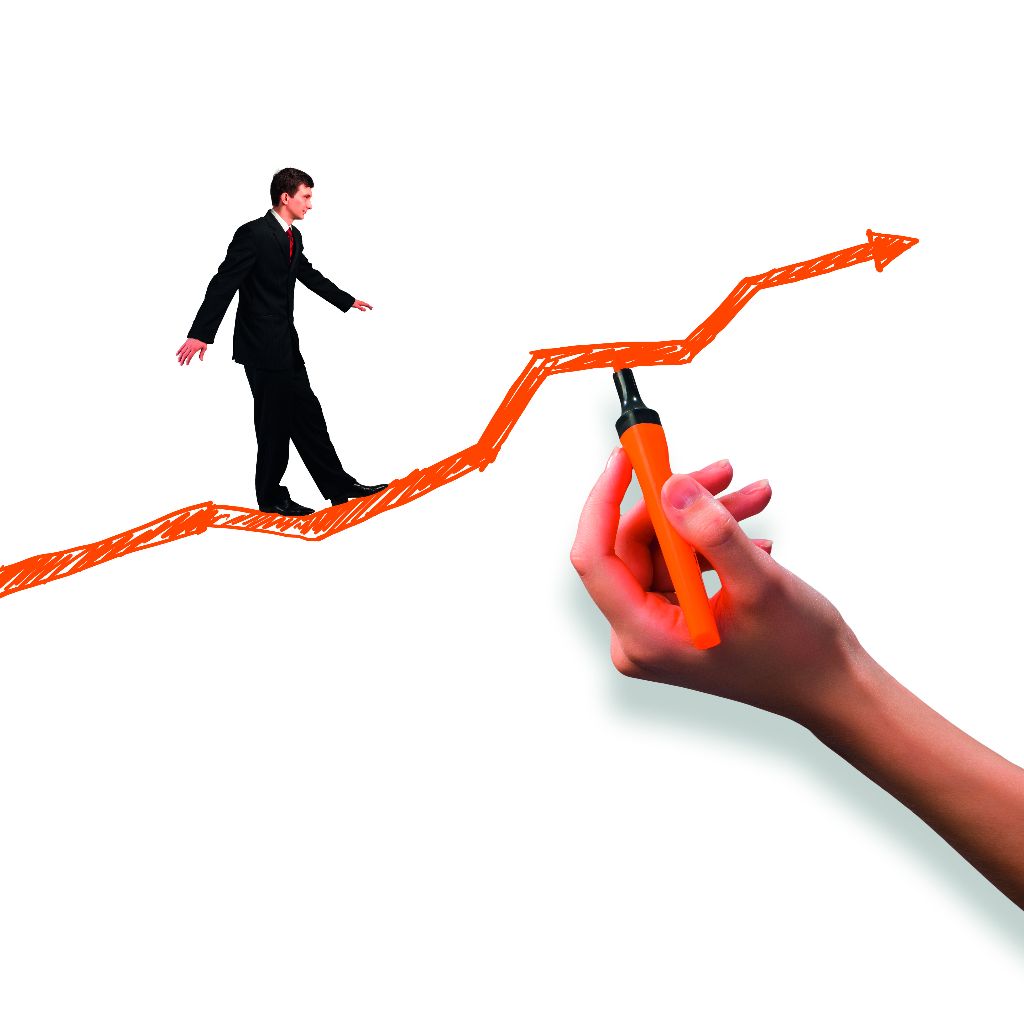 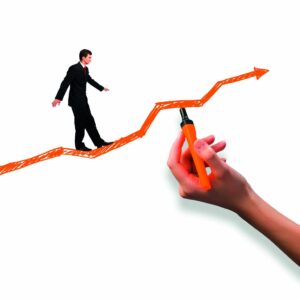 Symrise A took full advantage of its growth opportunities in 2018. The company successfully overcame headwinds resulting from external factors. Taking into account portfolio and exchange rate effects, sales increased by 5.3 % to € 3,154 million (2017: € 2,996 million). On organic basis, sales growth even amounted to 8.8 %, exceeding the increased guidance issued in late fall. This outstanding performance was carried by all segments and regions. Despite targeted investments in increased capacity at locations in China and the USA and negative effects from exchange rates and raw material costs, Symrise retained its earnings power. The Group achieved earnings before interest, taxes, depreciation and amortization (EBITDA) of € 631 million (2017: € 630 million). With an EBITDA margin of 20.0 %, profitability remained healthy and within the target corridor of 19–22 %.

“In 2018 we seamlessly continued our success story. Symrise again grew profitably and outperformed the market. We identified and successfully capitalized on growth opportunities in every business segment. We also invested in future growth and added to our capacity. Although we were not able to counteract all of the headwinds caused by high raw material prices and negative currency effects, we still operated with a healthy profitability. We want our shareholders to participate in this success. At the Annual General Meeting, the Executive Board and Supervisory Board will propose a dividend increase to € 0.90 per share for the fiscal year 2018,” said Dr. Heinz-Jürgen Bertram, CEO of Symrise AG. “Despite the anticipated economic slowdown, we have made a confident start to the new fiscal year. We have substantiated our long-term ambition with the updated forecast. It extends into the year 2025 and provides for a strong increase in sales with further improved profitability.”

The company experienced strong demand across all segments and regions in 2018 and increased its sales to € 3,154 million (2017: € 2,996 million). The Group achieved strong organic growth of 8.8 %, exceeding the increased guidance announced in November, which indicated growth of over 8 %. In reporting currency, taking into account portfolio effects from the acquisitions of Cobell and Citratus and exchange rate effects, Group sales were up 5.3 % in the reporting period. Symrise experienced unfavorable exchange rate effects especially through the strong Euro in relation to the US-Dollar. Symrise again grew significantly faster than the relevant market for fragrances and flavors, where growth in 2018 was in the 3–4% range.

The growth driver at regional level was once again Latin America with an outstanding double-digit organic growth rate of 16.2 %. Business in the EAME and North America regions developed also highly positively, with an organic increase of 6.4 % and 6.1 %, respectively. In the Asia/Pacific region, Symrise achieved strong organic sales growth of 12.4 %. Overall organic sales growth in the dynamically expanding Emerging Markets reached 11.7 %. In these fast-developing markets, Symrise generated 43 % of its total sales.

Earnings before interest, taxes, depreciation and amortization (EBITDA) amounted to € 631 million (2017: € 630 million). EBITDA was thus on prior year level, despite investments in additional capacity and negative effects from volatile exchange rates and high raw material costs. Symrise, for example, invested in a new Nutrition site in the US state of Georgia and a new production facility for fragrances and flavors in Nantong, China, which is currently being built. The industry-wide shortage of raw materials, including the key raw material Citral, which already prevailed in 2017, intensified in the past fiscal year. However, thanks to its own raw material base and extensive backward integration, Symrise was able to meet supplier obligations at all times and in full throughout the year. In addition, the Group actively implemented price increases to compensate for higher raw material costs. Despite these challenges, Symrise maintained profitability at a solid level and achieved an EBITDA margin of 20.0 %. As a result, Symrise was once again one of the most profitable companies in the industry.

Symrise grew its operating cash flow by € 46 million to € 442 million (2017: € 396 million). This represents an increase of 12 % and can be attributed primarily to a smaller increase in working capital during the year under review.

Net debt including pension provisions and similar obligations decreased by € 29 million to € 1,893 million (2017: €1,922 million). The ratio of net debt including provisions for pensions and similar obligations to EBITDA remained unchanged at 3.0 (31 December 2017: 3.0). Due to the realized acquisitions, this value is temporarily above Symrise’s target corridor of 2.0 to 2.5.

With an equity ratio of 39.5 % at 31 December 2018 (31 December 2017: 37.8 %), Symrise sees itself financially very well positioned to sustainably advance the future development of its business.

Scent & Care increased its EBITDA to € 254 million after € 248 million in the prior year period. The EBITDA margin was 19.2 % (2017: 19.6 %). The slight decline in the margin is mainly due to higher raw material costs, especially for perfumery raw materials.

The Flavor segment experienced strong organic growth of 9.5 %, with sales increasing to € 1,191 million (2017: € 1,102 million). Taking currency effects into account and the portfolio effect from the Cobell acquisition, sales in the segment grew by 8.1 % in reporting currency. All regions and application areas contributed to this positive development. Flavor benefited in particular from strong demand in the EAME region, which achieved impressive double-digit growth. Growth was driven furthermore by applications for sweets and beverage products.

EBITDA in the Flavor segment, at € 244 million, was slightly higher than the prior-year figure (2017: € 243 million). The EBITDA margin stood at 20.5 % (2017: 22.0 %) and was influenced by the currently still lower profitability of the Cobell business and higher raw material costs.

Symrise is looking ahead to the current fiscal year with confidence. The Group again aims to exceed the overall growth rates in the relevant market. The market is projected to grow at a rate of 3–4 % worldwide. In addition, Symrise is targeting an EBITDA margin of around 20 % despite the anticipated economic slowdown, ongoing volatility in exchange rates and a tight market for raw materials. Overall, with its global presence, diversified portfolio and broad client base, Symrise believes it is well positioned to achieve these goals. With strategic investments, the Company plans to continue its expansion in high-growth, high-margin business segments. Against the background of the tense situation on the raw material markets, the expansion of its own backward integration will continue to play a key role in the future. In addition, long-term contracts and close cooperation with producers will secure Symrise’s access to high-quality raw materials.

At the Capital Markets Day in January 2019, Symrise presented its long-term targets. They underscore the Group’s ambition and now extend to the end of fiscal year 2025. By then, Symrise aims to increase sales to around € 5.5 to 6.0 billion. This increase is to be achieved through annual organic growth of 5 to 7 % (CAGR) and additional targeted acquisitions. Profitability is expected to improve further. Long-term, Symrise aims to achieve an EBITDA margin within the target corridor of 20 to 23 %. To this end, the Group will continue to systematically implement its proven strategy and closely align innovations to customer and market requirements. Furthermore, Symrise will continue to take advantage of megatrends. In addition to the traditional business with flavors and fragrances, the expansion of the portfolio will increasingly focus on adjacent, high-margin applications. For example, Symrise intends to open up growth areas, with focus on natural, sustainable product solutions. Digital business processes should also contribute to growth and profitability.