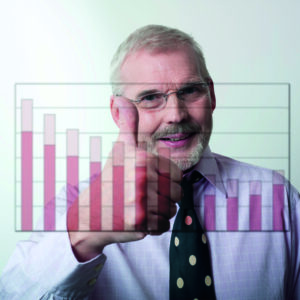 Clariant  announced first half year 2019 continuing operations sales of CHF 2.229 billion compared to CHF 2.224 billion in the first half year 2018. This corresponds to an organic growth of 4 % in local currency. Both higher volumes and pricing contributed to this expansion.

For the first half year, almost all regions contributed to the continuing operations sales growth in local currency. Sales in Latin America grew the strongest by 10 %, followed by the Middle East & Africa at 8 %. In Asia and Europe, the sales development was a good 5 % and 4 %, respectively. China, however, was down by 9 % while North America reported a slight contraction of 3 %.

The improved sales performance in the first half year 2019 resulted from growth in the business areas catalysis and natural resources, which both reported strong expansion. Natural resources newly includes the business unit Additives, in addition to Oil & Mining Services and Functional Minerals. Sales in Catalysis rose by a robust 8 % in local currency primarily supported by Syngas. Natural Resources sales rose by 6 % in local currency with a very notable expansion in Oil & Mining Services and some progression in Functional Minerals. Additives sales declined due to the softer consumer electronics and automotive markets.

Care Chemicals sales remained unchanged in local currency against a strong comparison base despite temporary raw material supply issues, mainly in the second quarter of 2019. Sales in discontinued operations (Masterbatches and Pigments) declined by 2 % in local currency, negatively impacted by the weakened economic environment. Continuing operations EBITDA after exceptional items was negatively impacted by the one-off provision of CHF 231 million as a result of further developments in an ongoing competition law investigation by the European Commission into the ethylene purchasing market. Therefore, EBITDA decreased significantly to CHF 102 million compared to CHF 341 million in the previous year. In terms of the operational performance and excluding the effect of this provision, the continuing operations EBITDA after exceptional items only slightly decreased by 2 % in Swiss francs to CHF 333 million. The profitability in Natural Resources improved due to the stronger top-line growth in tandem with the more optimized cost base in Oil & Mining Services however, temporary negative influences in Care Chemicals and Catalysis in the second quarter resulted in this slightly negative growth. The corresponding continuing operations EBITDA margin after exceptional items based upon the operational performance was 14.9 %. The net result for the total Group including discontinued operations was minus CHF 101 million versus CHF 211 million in the first half year 2018. The development was negatively impacted by one-time project costs related to the carve-out of the discontinued operations as well as the one-off provision of CHF 231 million. Operating cash flow for the total Group rose by 11 % to CHF 113 million from CHF 102 million in the previous year, driven by lower taxes and favorable developments in inventories. Net debt for the total Group increased to CHF 1.801 billion versus CHF 1.374 billion as of the end of 2018 following the normal seasonal cash flow pattern. In addition, the first time implementation of IFRS 16 in 2019 increased net debt by CHF 218 million.

In the second quarter of 2019, sales from continuing operations rose by 3 % in local currency to CHF 1.065 billion. This represents a decrease of 1 % in Swiss francs year-on-year due to unfavorable currency fluctuations. The sales growth in local currency was driven by Catalysis and Natural Resources, which now includes Additives in addition to Oil & Mining Services and Functional Minerals. Most regions contributed to the continuing operations sales growth in local currency. In the Middle East & Africa, sales in local currency grew by a robust 16 %, in Latin America by 13 % and in Asia by 8 % with stabilization in China. Sales in Europe had a slight negative growth of 1 %, while North America was down 6 %.

Catalysis sales growth accelerated to 12 % in local currency. Natural Resources sales climbed by 5 % in local currency with positive contributions from both Oil & Mining Services as well as Functional Minerals while sales in Additives were weaker. Sales in Care Chemicals fell by 3 % in local currency, against a strong comparison base, but mainly due to a strong decline in North America as a result of a Force Majeure of a supplier. Discontinued operations (Masterbatches and Pigments) sales declined by 3 % in local currency due to the continued challenging economic environment. Because of the one-off CHF 231 million provision, continuing operations EBITDA after exceptional items decreased significantly to minus CHF 82 million from CHF 160 million in the previous year. In terms of the operational performance and excluding the effect of this provision, the continuing operations EBITDA after exceptional items decreased by 7 % in Swiss francs to CHF 149 million in the second quarter of 2019. The profitability advanced significantly in Natural Resources as a result of the focus within the Oil Services activities on value added projects. This, however, could not offset the temporarily softer margins in Care Chemicals and Catalysis due to some one-off capacity outages. Consequently, excluding the effect of the provision, the continuing operations EBITDA margin after exceptional items on the Group level decreased to 14.0 % from 14.9 % in the previous year.

As part of the portfolio upgrade announced in September 2018, the company will continue with the divestment of the Pigments business and has decided to also divest the entire Masterbatches business including both, standard and high value Masterbatches. These divestments are expected to be concluded unchanged by end 2020. The proceeds from the divestments will be used to invest in innovations and technological applications within the core Business Areas, to strengthen Clariant’s balance sheet and to return capital to shareholders. With the new reporting and portfolio structure, the comapny will benefit from a stronger focus on differentiated, customer-specific products and offerings with attractive growth prospects and above-average value potential. With this more streamlined portfolio structure Clariant will be better able to intensify the focus on customer experience and fast, reliable customer fulfillment, as well as on the development of innovative and sustainable products and applications. This will generate a competitive advantage for customers and hence enable Clariant to realize above-market growth, higher profitability and stronger cash generation.