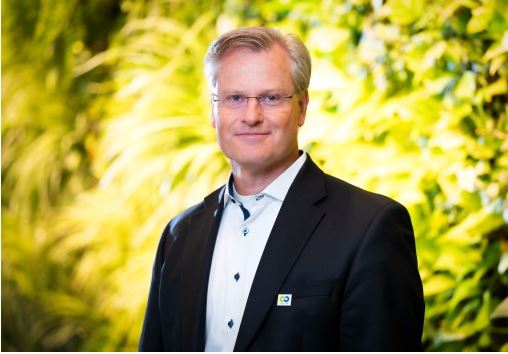 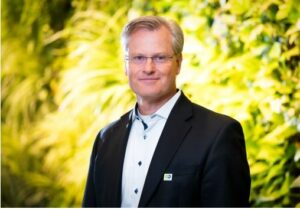 “Reinhard Schneider has paved the way with his entrepreneurial all-round sustainability strategy and high personal commitment for the fact that in an entire economic sector environmental innovation could be established on ever higher standard. He has consistently made ecological products capable of winning a majority in a mass market, lives sustainability in all business decisions and thus secures the trust of consumers”. – With these words, Alexander Bonde, Secretary General of the Deutsche Bundesstiftung Umwelt (DBU), recently paid tribute to the awarding of the German Environmental Prize 2019 to the owner of the company Werner & Mertz (Mainz, Germany), Reinhard Schneider (51). Federal President Frank-Walter Steinmeier will present the award on 27 October in Mannheim, Germany. Schneider’s prize money: 250,000 euros.

Bonde emphasised that Schneider had been managing the owner-managed family business in the fifth generation since 2000, making sustainability management a matter for the boss and firmly anchoring it in the business strategy. With numerous initiatives for environmental protection and sustainable development, he has broken new ground as a “company pioneer”: consistent recycling of old plastic, for example from the yellow sack for new packaging, environmentally and health-friendly printed labels, regional vegetable oils instead of the controversial palm kernel or coconut oil from tropical regions for detergents and cleaning agents, voluntary environmental audits of the company in accordance with the specifications of the European Union – the sustainability concept is “nationally and internationally visible”, according to Bonde. It also manifests itself in the headquarters in Mainz, which opened in 2010. Thanks to solar collectors, wind turbines and geothermal energy, the building generates more energy than it consumes for heating and cooling.

Plastic recycling in a closed circuit

Inspired by the insight that it is better to use old plastic again and again than to find it again after a single use in the sea or to see it burned as climate-damaging carbon dioxide, Schneider believes that the fight for energy-saving plastic recycling in a closed cycle has become a matter of the heart. He knew that a plastic bottle would only disintegrate within hundreds of years – but what the smallest particles then did to the environment and humans was still largely in the stars. He does not accept that only a small part of the plastics from the Yellow Bags are recycled – then only for the production of less sophisticated products such as flower boxes, benches and boundary posts – but that the rest is used as cheap substitute fuel in often oversized municipal waste-to-energy plants.